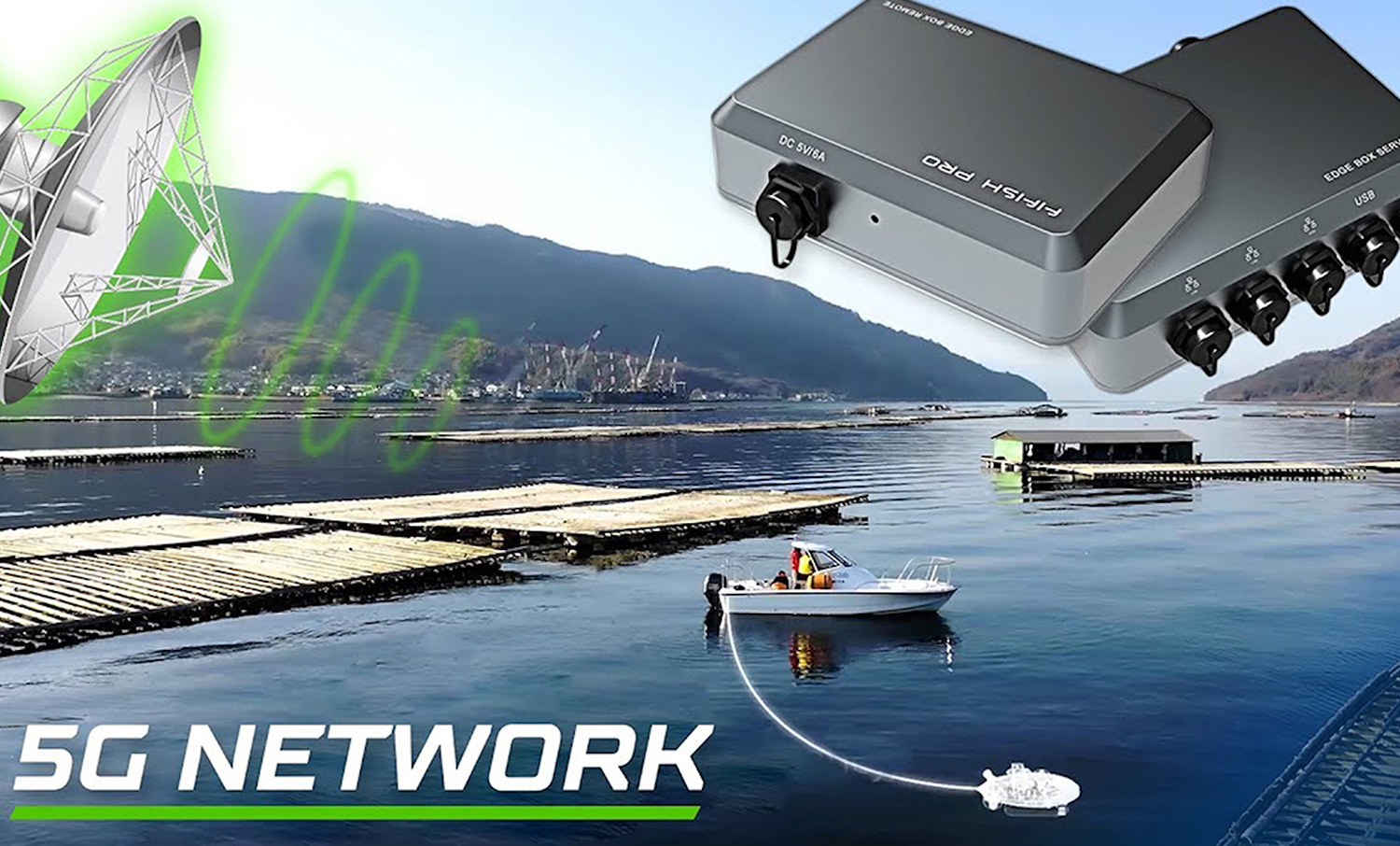 A unique and promising industry breakthrough combining underwater robotics with 5G wireless controlling capabilities, has been achieved in the world of ROV operations. Through QYSEA Technology’s innovative Edgebox Computing System, along with a 4G/5G communications network, users of the FIFISH Underwater Robot -ranging from the consumer-grade FIFISH V6 series to the industrial-class PRO V6 and PRO W6 models- can achieve a seamless operation of their ROVs from remote and distant locations.

The integration of FIFISH’s compact ROV system with 5G communication networks aims to modernize and bring forth a new age of marine operations and subsea explorations.

With wireless long-distance controlling capabilities, operators gain the ability to control the FIFISH Underwater Robot at remote fisheries from their own offices. The integrated system and network deliver a low latency controlling experience and high-definition video feedback in real-time, providing operators across a range of marine industries with greater efficiency, effectiveness, and working safety.

Technology Behind the Edgebox System

The Edgebox Computing System is a powerful tool that links with 5G communications networks to deliver operational capabilities for FIFISH users from remote locations. The Edgebox Server amplifies the connections from the ROV remote and screen monitor to a provider base station via the router. On the other side, the signals and communications from the base station are received by the Edgebox Remote from a mobile router, which can then unlock the controlling capabilities of the FIFISH ROV.

By utilizing surrounding base station networks and communication sources, users can operate the FIFISH from vast distance ranges of up to hundreds of kilometers away from their base operating areas. The Edgebox System has proven to be an innovative solution across numerous marine applications and professional fields. 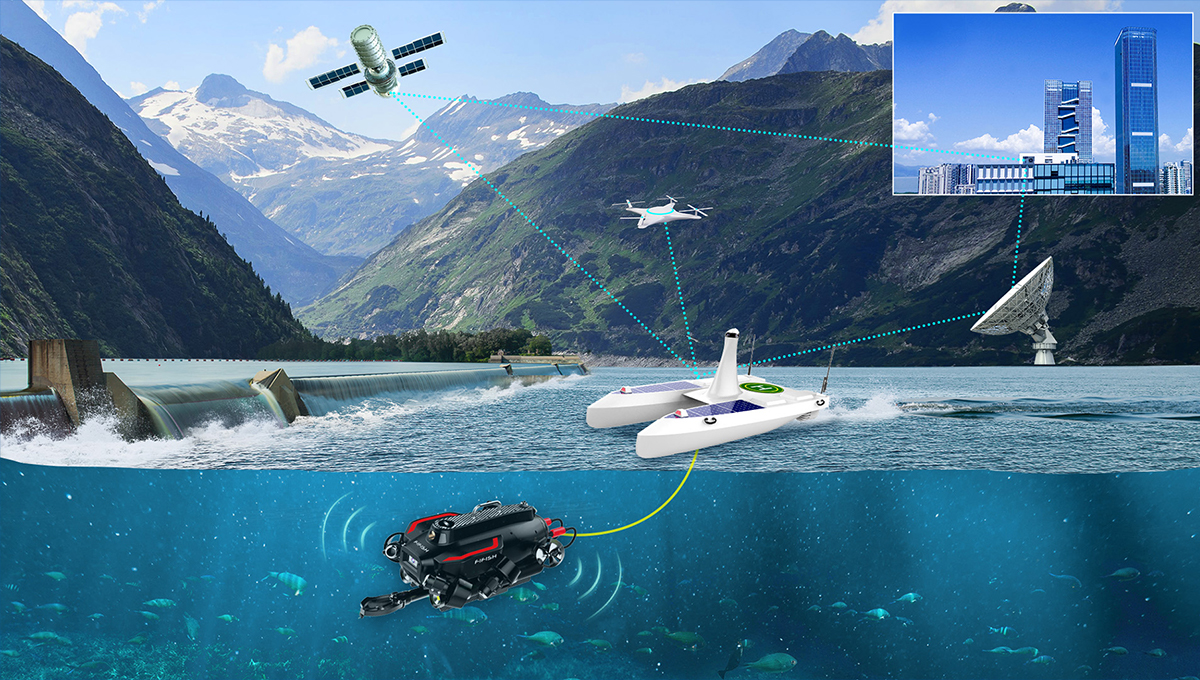 Real-World Applications of the Edgebox System

Asia is a major maritime region with highly developed aquatic products and maritime technologies. With an openness for new technologies to improve current working processes, the FIFISH and 5G integrated system has been applied successfully throughout the regions’ subsea-related projects.

Back in December of 2021, Japanese telecommunications operator KDDI, commercial drone manufacturer PRODRONE, and underwater robotics firm QYSEA unveiled the world’s first ‘Sea-Air Integrated Drone’ during a flight showcase at the Hakkeijima Sea Paradise in Yokohama. Utilizing the Edgebox System that allows for control of the ROV from remote distances, the revolutionary drone aims to modernize offshore and marine operations with its intelligent capabilities, high working efficiency, and minimized manpower required.

In late 2021 within China’s Shandong province, QYSEA had recently teamed up with local technology scientists to debut the nation’s first unmanned drone and ship for mariculture operations. Utilizing the Edgebox System, aquaculture farmers and scientists can sail out to farms to monitor livestock and crops from a safe onshore location.

To further break the boundaries of distances and increase the opportunity for global users -regardless of country or region- to test the FIFISH Underwater Robots, the QYSEA team has plans to roll out a new Cloud Control System in the coming months that will allow users from around the world to test pilot FIFISH products with internet connectivity.

The system will essentially allow customers and interested users to pilot the FIFISH through a high-speed internet connection, connecting users from their location to QYSEA’s ROV Testing Center. This means users across the globe -from North America to Europe, or from Asia to the Middle East- will be able to test operate the FIFISH from the comfort of their homes and offices. As part of another breakthrough in the world of ROVs, further information on the function and service will be made available by QYSEA in the coming weeks. 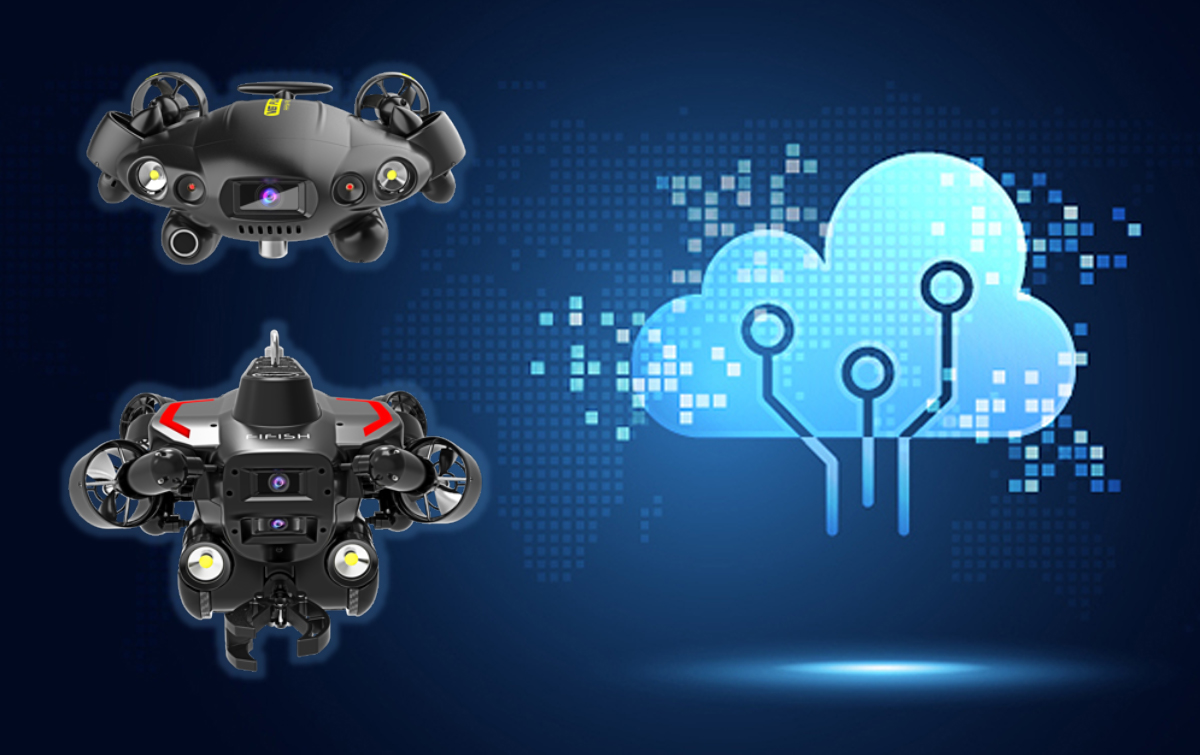