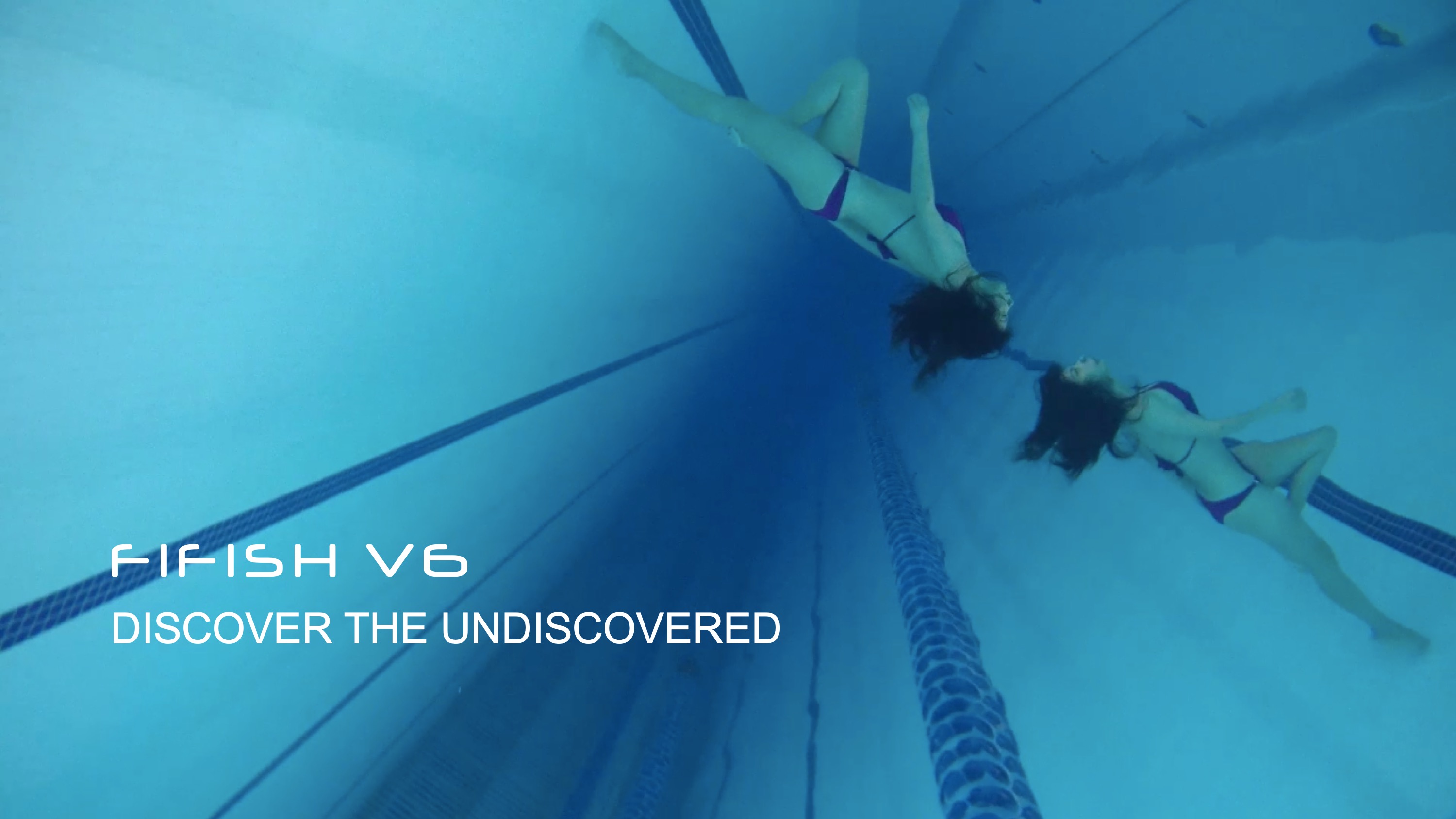 · Space-M, the first multi-directional control system.
Space-M is specially designed for FIFISH V6. This system will guarantee non-blurred zero-gravity vision in water. It allows FIFISH V6 to move in all directions like a space shuttle, which has 6 degrees of freedom. With the implementation of Space-M, FIFISH V6 can shoot from any angle and any direction. Mind-blowing clips shoot by V6 catch sight of the creators.

It is a key application field for DeepMind, which is based on underwater big data and training technique developed by QYSEA. A+ image extends FIFISH's core functionality, such as aquatic life identification, and surrounding territory recognition. A+ image is deployed additionally for obstacles avoidance, object following, and color tuning. Also, A+ image incorporates an image denoising feature. A+ image brings the vivid underwater world, and details of aquatic life to the audience. Such features have drawn the attention of underwater photographers and film makers.

· i-Call, the first underwater wireless system in the consumer market.

i-Call is the most advanced underwater acoustics system to handle the complicated environment. In contrast to the traditional ROV, i-Call controls FIFISH V6 without a tether. Traditional tether systems consumed large amount of time on deployment and retrieval. For a better experience, QYSEA invented i-Call to permanently liberate FIFISH from any issue related to tether entanglement. i-Call utilizes underwater acoustic techniques for communication and recognition, which features locating, positioning, and following objects functions.

FIFISH V6 underwater drone is the first multi-directional and free-angle underwater drone. V6 is portable, and its size is 1/3 of previous FIFISH. The retail price is more competitive. FIFISH V6 is upgraded in all aspects. FIFISH V6 will be launched in March 2019.

FIFISH is the leading brand of underwater drone. FIFISH is designed and manufactured by QYSEA (www.qysea.com), an enterprise engaged in underwater robotic technologies and big data. To learn more about FIFISH V6, please contact parner@qysea.com, sales@qysea.com or +86-755-2266-2313.