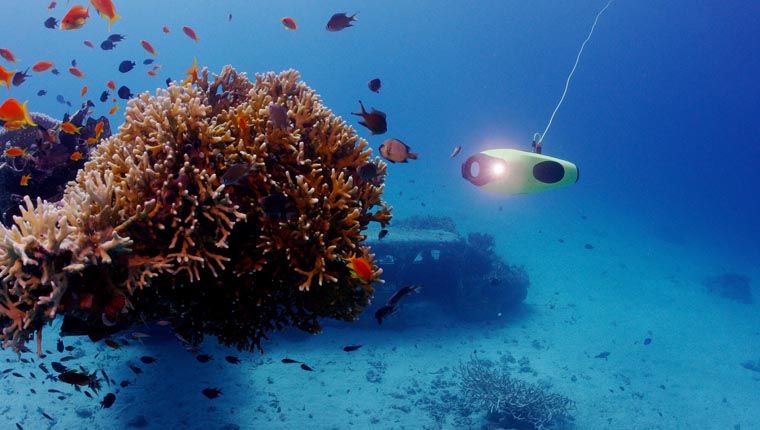 As we discover more and more about our earth, the desire to explore the undersea is greater than ever. Thanks to technology revolution, underwater drone industry experiences a fast growth nowadays. Underwater drones also become the next big thing for filmmakers, allowing them to produce 4K UHD video underwater in a much easier way. Dean Cropp is one of these ocean seekers.

"I've really wanted an ROV for a long time and I spent a long time looking. This is the one I decided on for a bunch of reasons. It has been much more useful and much more interesting than I expected.", Dean Cropp told us. As a BBC producer, Dean is an ACS award-winning director of photography. His work as a Water director of photography for the 3D documentary Storm Surfers (2012) earned him a nomination for an AACTA award.

"QYSEA FIFISH P3 Underwater drone, amazing piece of equipment!" said Dean, "This has done some hardcore open-ocean diving. It has probably done 50 maybe 60 dives on our expedition. We really used it, many hours of operation. That's why I really know it's a good piece of equipment.”

Dean was very impressed of the build quality and the engineering of FIFISH P3. He indicated that the thrusters are large and strong, also quite good distance apart, which would give good turning ability. The mid mount thruster makes it go up and down smoothly. The operation is as simple as flying an aerial drone. 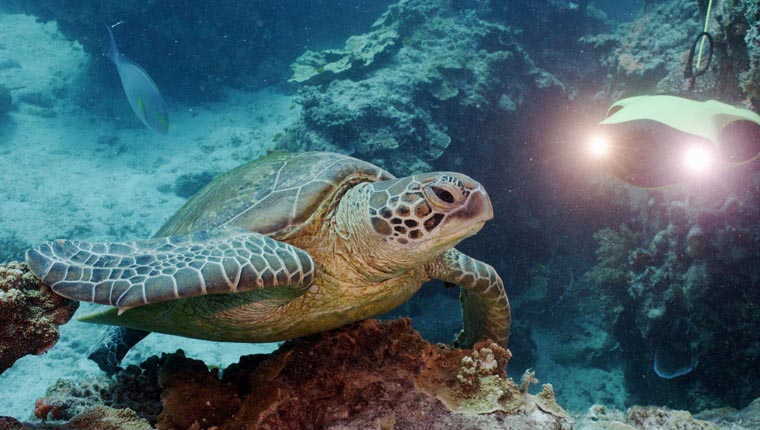 "We found some very cool thing with this ROV. We found a plane wreck in Vanuatu we dived the first place with this ROV!" Dean excitedly shared their finding with us. The 162°FOV lens with AF shooting mode of FIFISH P3 captures a lot of details in dark environment. "I was amazed there were so much more agile and maneuverable than I expected. It was able to get right in close to the plane even inside the plane and around, which is unavailable even on professional underwater cameras."

"This ROV is fun like a toy. But it's not built like a toy. It's not flimsy. The engineering inside is solid and that's what's more important to me. We haven't found something to look for in one hundred meters yet. But I'm very excited to send it down that deep.” Dean commented. Dean and his crew are planning on diving in around Sydney Harbor for some shipwrecks with his FIFISH P3.

As shown in the video, QYSEA FIFISH P3 underwater drone is the world's first all-in-one professional underwater camera. With the unique AI movement algorithm and glue-free sealing technology, it can conduct the fast and smooth operation and convey the real-time HD images in severe undersea environment. The 4000 lumens LED lights with 8 levels adjustable brightness and a maximum ISO of 12800 enable FIFISH P3 to capture more detail in darker environment. In addition, the auto-navigation and automatic cruise functions significantly reduces the operation difficulties.

Besides filmmaking, FIFISH P3 covers a wealth of applications such as search and rescue, archaeology, dam detection, hydrological monitoring, aquarium project, tourism projects, underwater route survey, commercial photography etc. All of them have been proved with great success.